People are having babies that they don’t want, so it’s my job to find homes for all of the babies. I make a few calls, find some good families who are up for a few new babies, and then take off in my baby delivery car. The problem? The babies slowly turn into puppies during the ride, so I then have to talk the people who wanted babies into taking puppies instead. And I know I’m dreaming after the second baby turns into a puppy, but instead of waking myself up, I decide to keep driving. I eventually have to convince the families that I wasn’t lying about the babies being babies. That part is tricky, and my reputation is suffering. 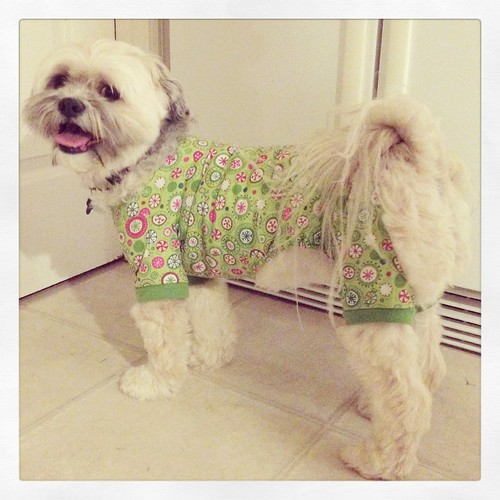 (Scout was a little bothered by the fireworks this year, so we squeezed her into a tiny pajama hug capsule.)

The Tour de Fleece started on Saturday, and although I’m not officially signed up for any teams, I’ve decided to spin every day through July 26th. 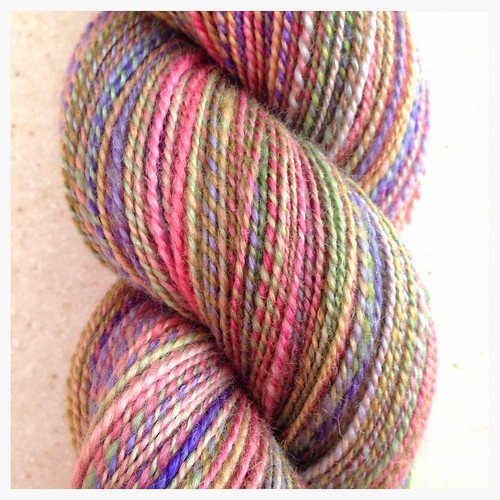 After that, I pre-drafted Joseph’s Coat, which is a 50/50 silk/merino blend. 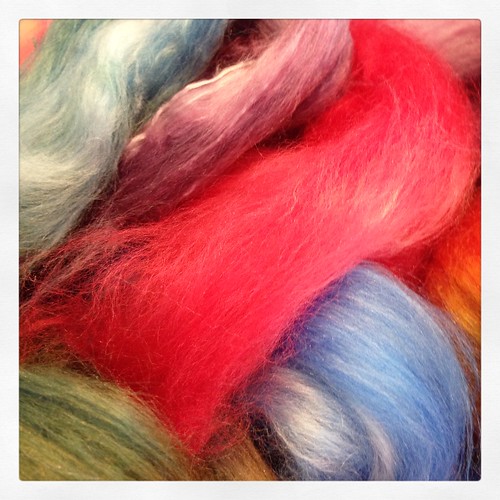 On Day 2, I spun two ounces of Joseph’s Coat. (I’m going for a thick and thin mostly bulky weight for a drop stitch cowl.) 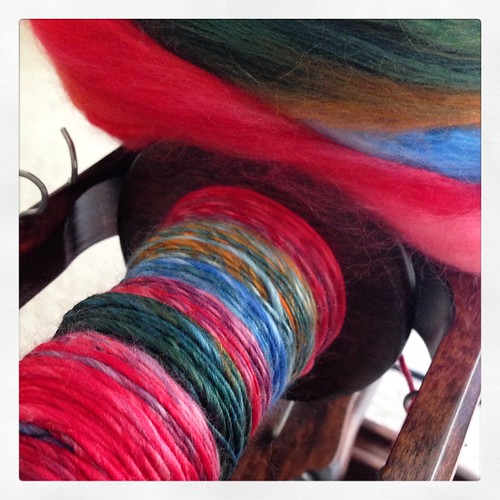 Last night I was on a beach with my old church youth group and suddenly I was wearing a bikini and I wasn’t completely bummed out with how I looked in the bikini, which can only mean that this was another dream, because in real life I can’t type, say, or wear the word Bikini without wincing. I spent half of the dream jumping over sand crabs and the other half searching for a purple velour skirt to wear to the restaurant where I was planning on eating spaghetti.

This morning I took four girls out for breakfast and then to a craft store to buy puffy paint so they could embellish the t-shirts they designed late last night. Dawson’s Creek is on the television, because of a mysterious yellow stain on the jacket that I wear every day I am going sleeveless, and the Ann Patchett book I’m reading is inspiring me to create, and then create some more. 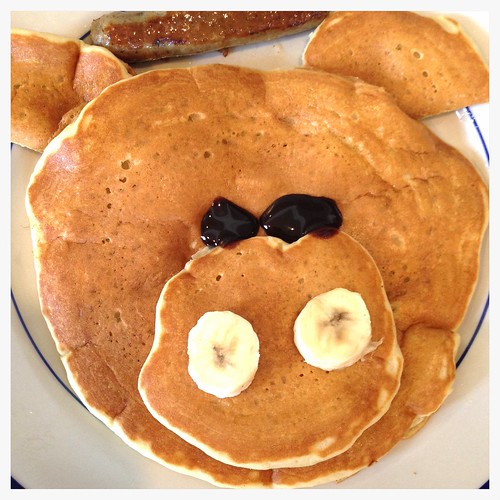 (I will not be creating pigs out of pancakes. It has already been done, and I’m not here to reinvent wheels.) ‘ ‘ ‘text/javascript’>

6 thoughts on “The grass is always greener when it bursts up through concrete.”