Although I quit band before I finished high school, I picked it back up in college. (I was a piano performance major, and some sort of ensemble class was a requirement. I couldn’t see myself in the orchestra, so: Marching Mizzou!) 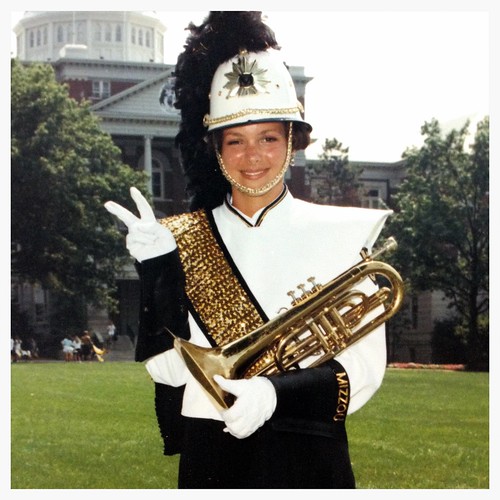 During my sophomore year, Marching Mizzou traveled to Denver to march at a university football game and a Broncos game. I packed up all of my overnight stuff, I packed magazines and books for the bus ride, and I packed a few tiny bottles of alcohol. (Looking back I really have no idea how I did that because I was only 19. Maybe someone gave me a few tiny bottles of alcohol? Maybe I’m making up the part about the alcohol.)

When our bus broke down in Kansas, a friend of mine joked that we should grab our instruments and practice our show in the corn field beyond the smoking bus.

This is a photograph taken at the exact moment when I realized that I had left my instrument in my best friend’s car back at Mizzou. 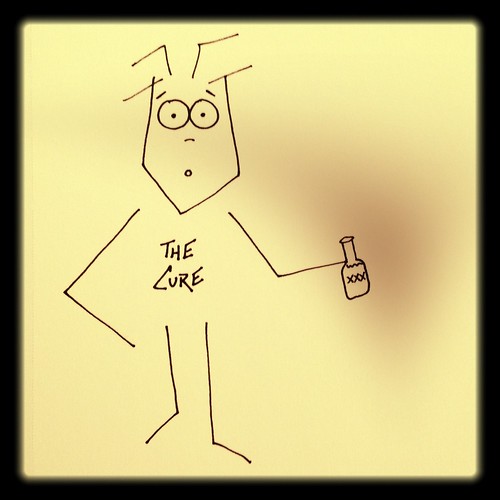 Because my timing is impeccable, I chose to approach our band director when he was on the phone trying to charter another bus.

Me: Well, I need to tell you that my instrument is back in Columbia and I—

Mr. R: YOU will take care of this. YOU will get a replacement instrument. I don’t want to hear another word about it.

I don’t remember much about the rest of the ride to Colorado. I’m sure I spent it staring out the bus window and trying to figure out how in the hell I was going to conjure up a mellophone, which is a marching French horn in case you are curious. (A French horn’s bell faces the rear. The mellophone twists that bell around to the front so the horn player is now blowing through what looks like a fat trumpet.)

After the university band director in Colorado welcomed us to their school, I approached him and asked if I could borrow a mellophone until the game was over.

Colorado Band Director: You’re really lucky. We typically wouldn’t have an extra, but one of our mello players is out with a foot infection. You can borrow his horn! 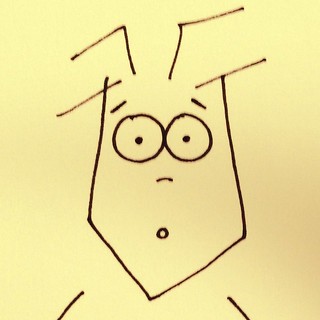 Me: That is awesome. Thank you!

(I won’t bore you with the rest of that day, although I WILL tell you that I celebrated something or other that evening by singing with a Mariachi band as they strolled around a Mexican restaurant. My memory is fuzzy.)

Because our marching show had a Batman theme (of course) and I was good friends with the piccolo player who was portraying Batman in the show, he allowed me to “play” his piccolo at the Broncos game the next day, and although it looked silly to be a lonely piccolo in a line of brass, I was grateful.

Meredith’s band was scheduled to play God Bless America at the Cardinals’ final home game. We splurged on tickets, we bought Meredith a Cardinals shirt to wear, we packed our bag with snacks, and off we went.

When we were a little over halfway there (20 minutes into our 40 minute drive), Meredith announced that she had left her instrument at home. 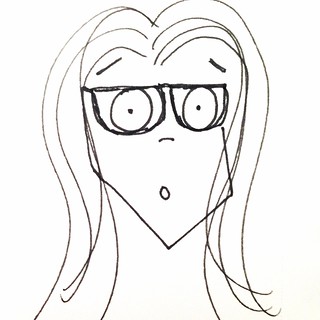 We turned around, grabbed the instrument, and hauled ass to the stadium where Meredith and I jumped out of the car and ran to the entrance gate, rushed through security, ran down the ramp into the catacombs below the field, and eventually found the band right before their rehearsal started.

After leaving her with the band, I got lost trying to find my way from the catacombs to the main level. When I eventually located the ramp, I ended up right in front of a whiskey booth. (I know!) I haven’t had any sort of alcoholic beverage in 19 months. I almost broke that streak yesterday. 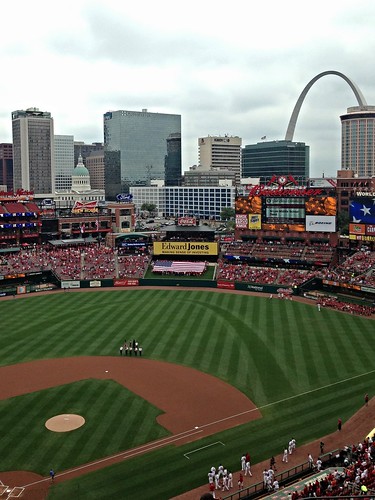 The band played beautifully. The Cardinals lost, but we were able to sit by friends and the weather was perfect so I have zero complaints.

Biology IS destiny, and Harper will begin playing the clarinet in less than a year. ‘ ‘ ‘text/javascript’>