Yesterday. 12:08 in the afternoon.
Quick conversation with Jeff:

I grew up in a Baptist church and the only time I heard the word Lent was when we were talking about Catholics. I may have halfheartedly “given up” Chocodiles at school as a limp-wristed high five to my Catholic friends, but I was also very much okay with eating Chocodiles in my house where no Catholic friends could see me (not because they weren’t welcome, but because I have always been the way I am now, which is unsocial and prone to sudden naps).

Anyway, seven years ago (shortly after we joined our church), our pastor talked about different ways to observe Lent. You can give something up if that’s your jam (He didn’t use the word jam. Neither do I. UNTIL NOW.), or you can choose to take something. Specifically, time. Time to reflect and time to enjoy the moment and time for silence and preparation and renewal. I don’t know if you know this, but time is my jam. (Do you think the jam thing is working for me?)

Last night we attended an event called Lights, Camera, Action! at Harper’s school. It was a celebration of art and music and movement, and it was really crowded (you know how I get when it’s really crowded) but also a crazy amount of fun. Hundreds of kids were jumping rope and making kazoos out of popsicle sticks and taping the principal to the wall and participating in a drum circle. 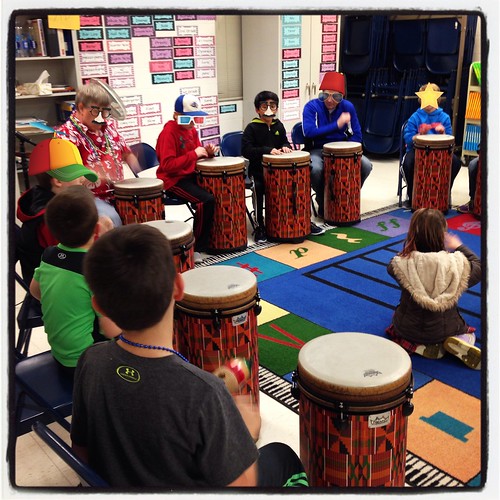 (At one point during the drum circle, the music teacher started playing Once in a Lifetime by Talking Heads, and a little boy who had probably never heard the song before was totally feeling it.) 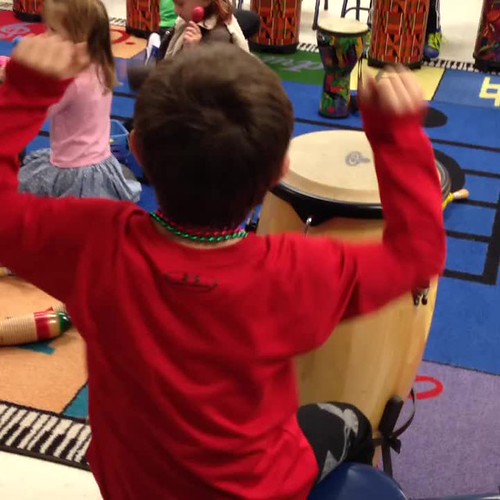 The main reason we attended the event was because Harper performed in a jump rope group and a ukulele ensemble and she also volunteered to help with the popsicle kazoo thing. (She gets her confidence from Jeff. 100%.) I’m so glad Harper is Harper because: What a great way to spend a Tuesday night.

(I flirted with a skeleton.) 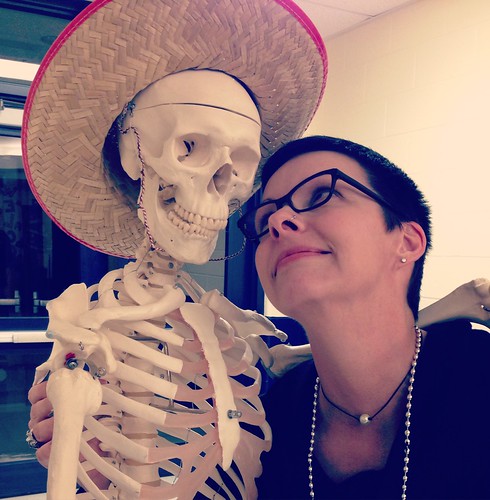 On the way home from Lights, Camera, Action! I made Jeff drive by the frozen yogurt place so we could indulge in some Shrove Tuesday Madness, where madness is pistachio yogurt with pineapple and blackberries.

Me: This Lent thing! The year is going too quickly! I haven’t had time to think about how to approach it!

Jeff: How about writing at Fluid Pudding every day until Easter? You could call it NaBloPoLenta!