In April of 2011, I went to a knitting camp called Camp KIP.

My roommate at Camp KIP was a friend who used to work at the yarn store with me. After we both left the store she moved to Las Vegas, and I was so excited when she flew in to go to camp. We spent that weekend knitting and she taught me how to spin and we occasionally left camp to eat Mexican food and one night we went to a beer tasting and to a bonfire. On the way home? Dehydrated green beans at an Amish grocery store! It really was a perfect weekend, and I absolutely hate that I later lost touch with my friend, because she is a gem.

Two days ago I was really stressed out about a freelance deadline, so I did what anyone does when they’re feeling a nearly unmanageable amount of pressure—I wasted time on Facebook. While there, I was told that I may know a woman who shares the same first name as my friend from Camp KIP. I looked at the photo, and yes! It was her!

I know this story is making you yawn. I know it is. I’m just trying to get back into the groove after spending so much time obsessing about politics. Wait. Here’s a photo of me being all “Hey, Buddy!” with Sarah McLachlan at Lilith Fair in 2010. 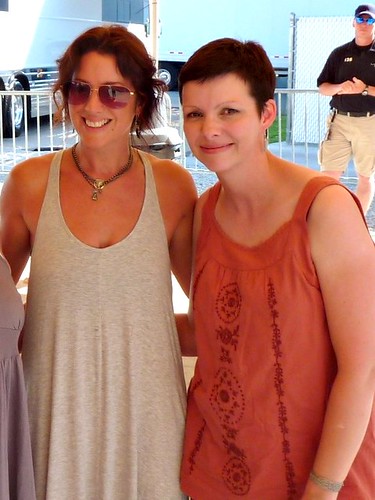 This morning the photo of my friend (not Sarah McLachlan, but the Camp KIP friend) appeared once again on my Facebook profile. I closed my eyes and hit the “Add Friend” button. Not much time passed before she accepted my request. That’s when I sent her this message: “Hello there!!! I was so excited to see your face popping up on my ‘You might no this person’ feature on FB! I hope you’re doing well and that this message finds you ridiculously happy and healthy.” (Yes. Because of my excitement, I misspelled the word Know. I will stop kicking myself for this error sometime in 2024. Maybe.)

I then started looking through her profile and it didn’t take long before I realized that this may NOT be the woman I thought it was. But they look exactly alike! They DO! She responded to my message asking how we know each other. I confessed that we don’t know each other and I’m so embarrassed and also so sorry for interrupting her day.

And that’s when she told me that although she didn’t attend Camp KIP, she wanted to. She is a fiber artist and a writer and she said something about wondering if there is a higher reason that we accidentally fell onto each other’s list of friends, and that’s when I decided that I’m living in a Richard Bach novel. 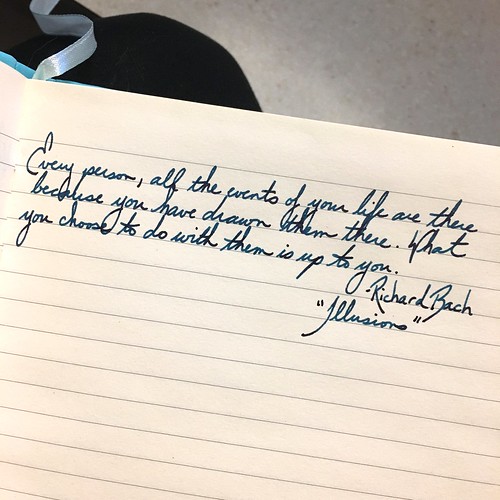 We chatted back and forth a bit and I now have another favorite person to add to my Favorite People list. Tonight I’m pulling out the spinning wheel to celebrate.

I think this is the beginning of a beautiful friendship. 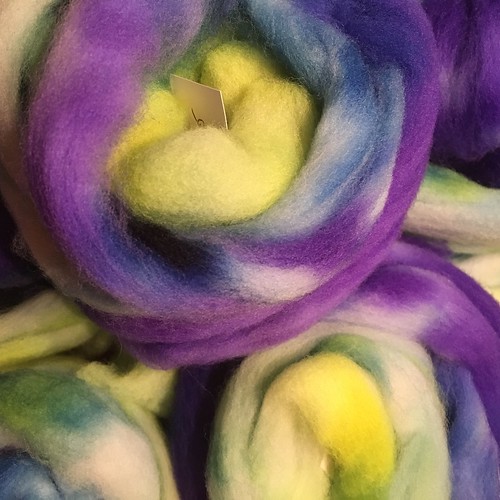 8 thoughts on “This has nothing to do with politics!”