I had a six month check-in with my migraine doctor this morning.

I walked away with four prescriptions: One for yoga, one for meditation, one for mindfulness, and one for research into the AHA guidelines for aerobic exercise. She said too many of her patients believe yoga/meditation/mindfulness is just a bunch of crazy voodoo wizardry, and those are the ones who tend to reMAIN PAINed in the CRAAAAYNium. Anyway? I’m all in, and I’ll go back in three months with Birkenstocks, a shaved head, and a sore throat from singing my sorcerous circus incantations.

What else? I’ve got some sloppy spinning going on: 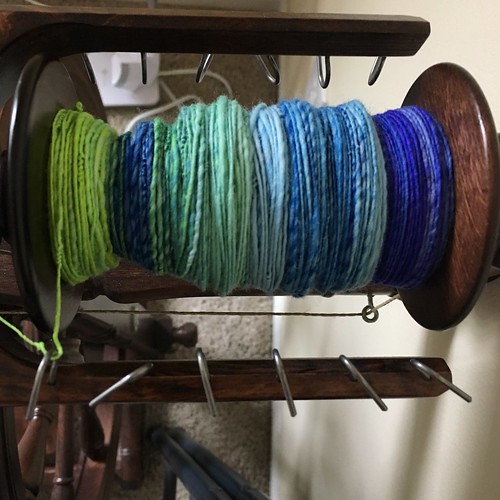 Also, I’ve made a little more progress on my Lucca: 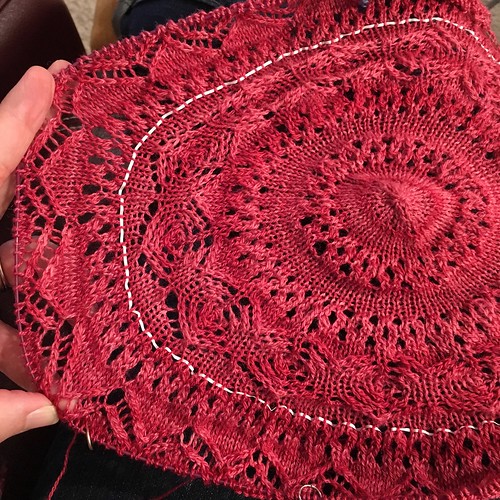 Not a Memoir
It was a Sunday night, and ten or more of us were sitting in the front room of the rented house we called 210. We gathered there weekly to watch The Simpsons and decompress before the week began. The topic of prison came up (as it sometimes does) and he made us laugh when he said he could never go to prison because he didn’t look good in orange. We stopped laughing an hour later when the police came to the door and arrested him for something having to do with a bad check. The only one of us who had money decided to let our arrested friend stew at the police station a bit to teach him a lesson. We took a vote and decided that three hours in jail was sufficient, because it would give us more than enough time to order pizza.