I’ve talked to three different people in the past week who are feeling inspired to write, and it’s so exciting and contagious. Right now I’m wearing ripped up jeans and a tank top (grey!), which means I should probably put something together about a woman who is going to make taco salad for dinner. (It’s a true story about me! Memoir!)

I visited my doctor yesterday for my final medication adjustment appointment. (Know this: I’m taking two different pills to prevent migraines. Both are anti-depressants, although I don’t have an official diagnosis of depression. After the election, I asked if we could up the dosages a bit. I’m now feeling like I can go back down to the original levels. It’s fun to dabble with your own brain chemistry.)

My doctor: So, how old are your kids?
Me: 10 and 12.
My doctor: They’re really growing up quickly.
Me: Yeah, because they’re not really 10 and 12. They’re 12 and 14. Should I be concerned that I sometimes call the microwave a refrigerator? Last week I called out for Harper by yelling, “OSCAR!!!”
My doctor: That’s odd. Do you know an Oscar?
Me: No. No Oscars.

I always have trouble recalling the word Exploit, and yesterday I couldn’t think of Fritter, as in Apple Fritter. “It’s the fried apple thing. Like a cake. Bumpy doughnut apple cake.” Add this to the list of reasons why I could never run for public office. (It’s a very long list.) 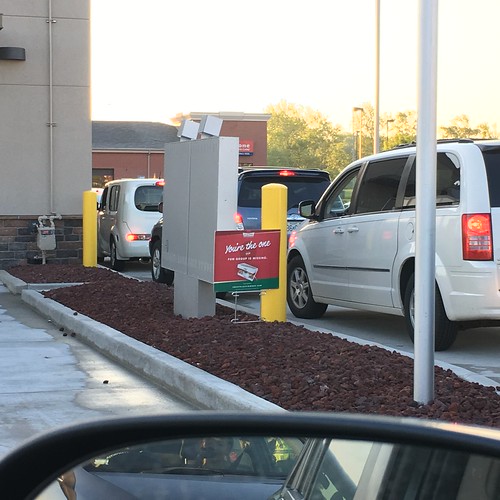 Yesterday I got up and showered at 530 so I could rush out to wait in line for the Krispy Kreme grand opening. Harper wanted doughnuts from opening day, but was up super late on Monday night. I woke her up at 6:45 by handing her a box of warm glazed doughnuts because I try to be a good representative of Kindness at least every other day.

Not a Memoir
She worked in a pharmacy, and every few weeks she paid the Amish man who dropped off his homemade candy to be sold at the front counter. When she asked about his candy making process, he invited her to come to his house and check out his shop. Less than 24 hours later, she drove her boyfriend and me to a tiny house nearly 50 miles away from town. We turned off the highway onto a gravel road and drove quite awhile before arriving at the old stone house. We noticed there were no other houses in sight and we admitted to not feeling completely safe, yet we knocked on the door and were greeted by an older man who definitely looked surprised to see three people, and also definitely did not look Amish. He led us through the house to the basement door and down the stairs into a room lit by a single hanging light bulb. He showed us a card table and a few bags of sugar before he started mumbling about needing to go to town. She looked at us and whispered, “I think we need to get out of here.” We thanked him for his time and walked back up the stairs, through the house, and out the front door. He followed us to the car and told us that we owed him a ride. She told him we had plans and couldn’t take him. He became angry, so we jumped into the car and started backing down the gravel driveway as quickly as one can back down a gravel driveway. He chased us and slammed his fists against the car several times before we were able to gather enough speed to get away from him. He never returned to the pharmacy with his candy.

14 thoughts on “Writing and Pills, Doughnuts and Murderers”