This year I spent it hanging out with a cheap pair of fake fingernails. 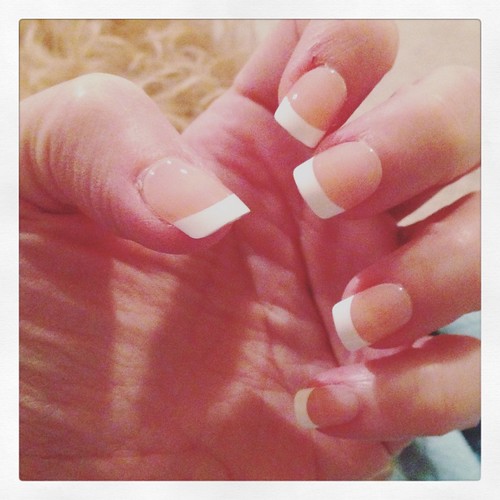 Purchased at Target because I knew I had nothing going on for the next twelve hours as Harper was going to a friend’s house and Meredith was sick, it didn’t take long to figure out that these nails were going to transform me into the pretend host of a pretend television show titled Nailing It!

(Confession: Sometimes when I’m cooking and no one is around, I narrate my actions as if I’m Bobby Flay or Ree Drummond. By doing this, I’ve come to realize that these guys don’t just cook. They spin yarns. And so do I, but more literally than figuratively. Being a TV host is tricky, and that’s why I prefer a keyboard to eyeliner.)

Here are my big fake nails (BFNs) Nailing It! on the tablecloth that my sister made. 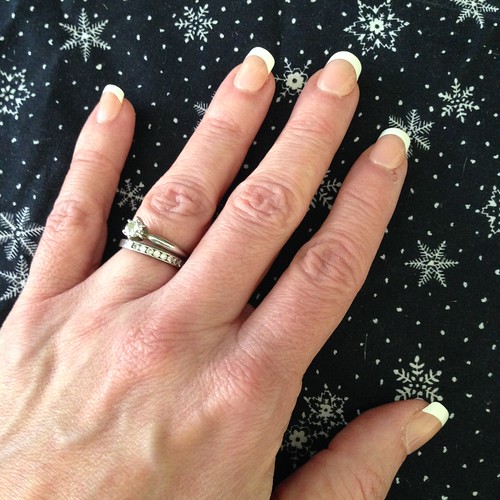 Here are my BFNs Nailing It! at pretending to receive a box that was given to us by Jeff’s mom. (It held tickets to Newsies!) 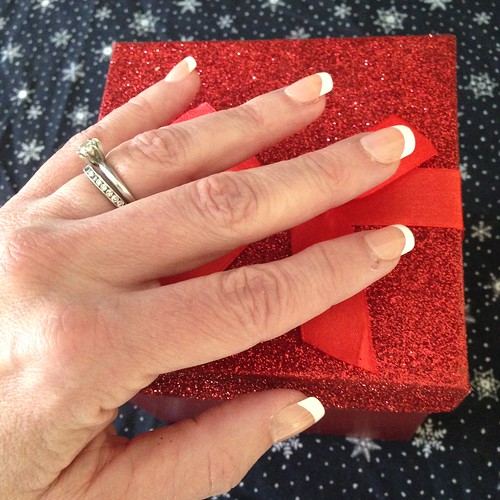 BFNs can pet a dog! Nailing It! 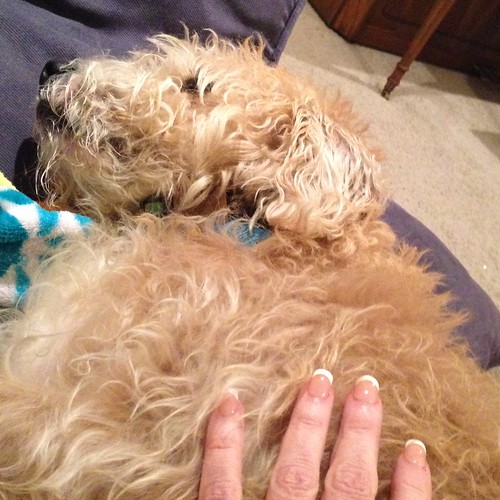 BFNs can hang out on my fleece snowflake pajama pants! Nailing It! 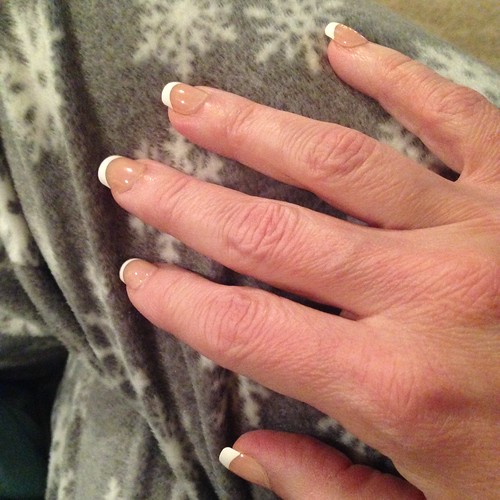 BFNs don’t care that yet another person from my high school unfriended me on Facebook, because BFNs are Nailing It! while watching Going Deep with David Rees! 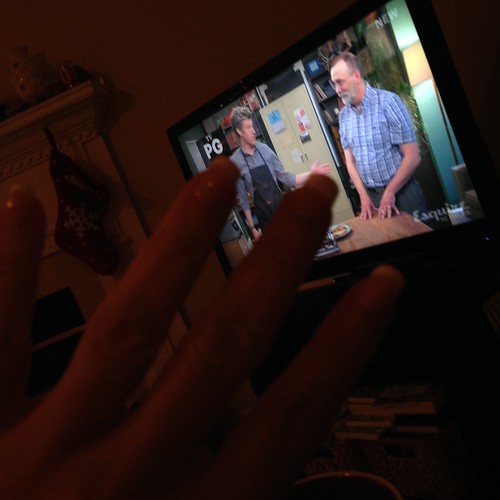 (BFNs know that when someone unfriends you, it just means that you are making your views known and it’s making someone uncomfortable and they don’t value individual differences the same way you do. In other words, you’re supporting Bernie Sanders and you’re Nailing It! Mostly! Also, you’re drinking Nighty Night tea in a Vegas mug! Nailing It!) 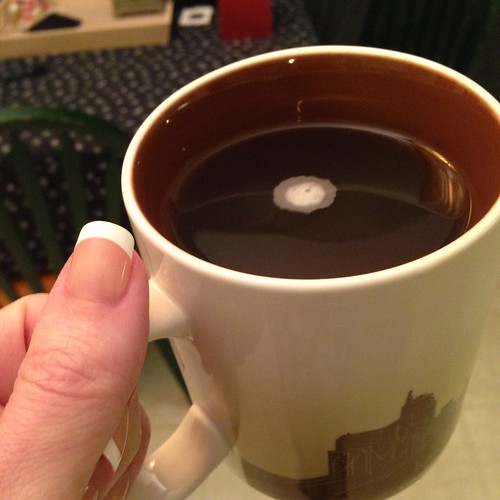 The BFNs were trimmed and destroyed on the morning of January 1, 2016. However, I am still Nailing It! ‘ ‘ ‘text/javascript’>