Once upon a time back in July of 2016, Jeff’s job was eliminated and somewhere a child finished the fourth Harry Potter book and a bird sang a song that sounded a little bit like the theme from Sanford and Son and a lost earring went unnoticed on a staircase. Everything kept happening and happening.

In March of 2018, Jeff started a full time job with a company he really likes and the tilts and hiccups from the previous eighteen months were sorted out and a baby horse took his first steps and someone spilled a bowl of cream of asparagus soup and a streetlight went out and then came back on again and Jeff scored tickets for the four of us to see Hamilton at the Fox Theatre on Wednesday night. 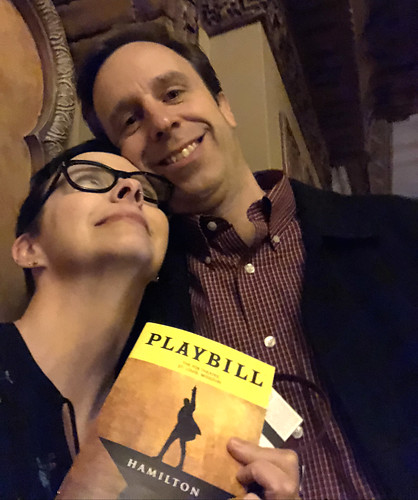 Either you’ve seen it or you haven’t and you will or you won’t. Just know that although I’m physically incapable of crying, I teared up during The Story of Tonight because there we were.

On Thursday, I was able to meet a few friends for martinis and flatbread before hustling over to the monthly band booster meeting where imaginary punches were thrown and Jesus flipped the tables of the moneychangers and I tried to write a song in my head about how embarrassing it is to be human.

(This is the s’more martini I enjoyed with my flatbread. It wasn’t as good as Hamilton, but it was better than the Gilmore Girls revival.) 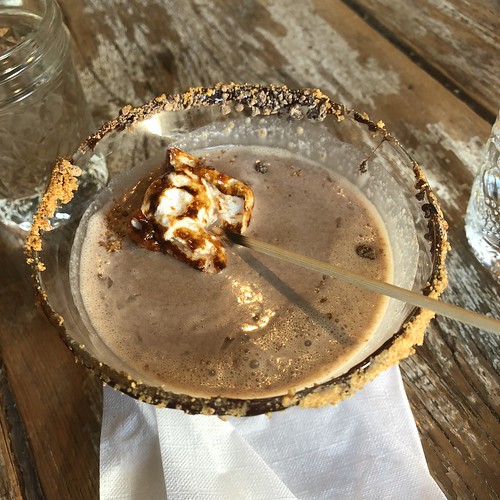 The parking lot was completely dark when the meeting was over, so I took the opportunity to joke with a friend about the electrical cuts our school district is making as a result of the tax levy that failed a few days earlier. (I won’t talk about that here because I’m trying to not say The F Word.) AND that’s when I slipped and slammed myself to the ground and although I was able to preserve the integrity of my phone and my glasses, I was not able to save my leggings BECAUSE MY KNEE STARTED BLEEDING THROUGH THEM. Yet, I strode on with the dignity of a woman who was not losing blood and feeling rattled.

The lights on the lot put out nary a lumen.
Sometimes it’s embarrassing to be human.

On Friday, I took off my shirt and participated in a mammogram before driving 216 miles from my town to my sister’s town where I ate curried couscous, we played Scrabble with my nephew and his girlfriend, I bought a jacket, we ate burritos, we watched Meredith’s drumline compete at an MCCGA competition, we ate cereal, and then I packed up the car and drove the 216 miles back—stopping once in Bourbon, Missouri for a veggie sandwich at Planet Sub. 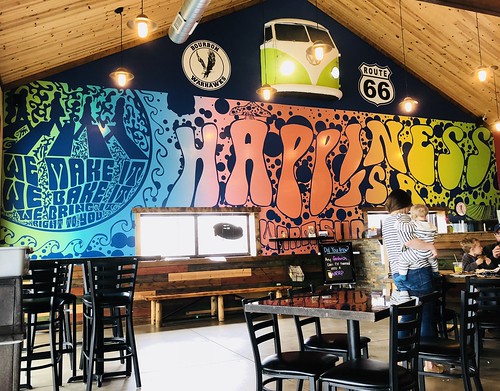 And tomorrow kicks off a new week, because I choose to go Monday to Sunday. ‘ ‘ ‘text/javascript’>

10 thoughts on “I think that you shall never see a scab like the one on my knee.”